I had very much hoped I would, at some point, as I continue work on my ongoing Year in the Life of Wine documentary project, which is set at his Tablas Creek vineyard in west Paso Robles.

He died this past weekend at the age of 90.

There have already been several beautiful remembrances of his exceptional life (the best of which, appropriately, is from his son and Tablas Creek General Manager Jason Haas—I highly recommend taking the time to read Jason’s piece about his father’s life, which ranged much more widely than just this storied Paso Robles winery).

But though I never had the pleasure of meeting him in person, I have come to know his vineyard and his winery, which both say so much about who he was and what was important to him.

When I started thinking of places I could base a documentary where I could explore and photograph and write about how wine is made, Tablas Creek was my first and only choice because of what I’d come to know of it over preceding years.

It wasn’t just that Haas had a visionary (and, at the time, crazily optimistic) dream of producing high-quality Rhône varieties in California’s Mediterranean climate.  It was also his approach to and sense of responsibility in the way the wine grapes are grown that will be an important part of his legacy.

But first, those wines. 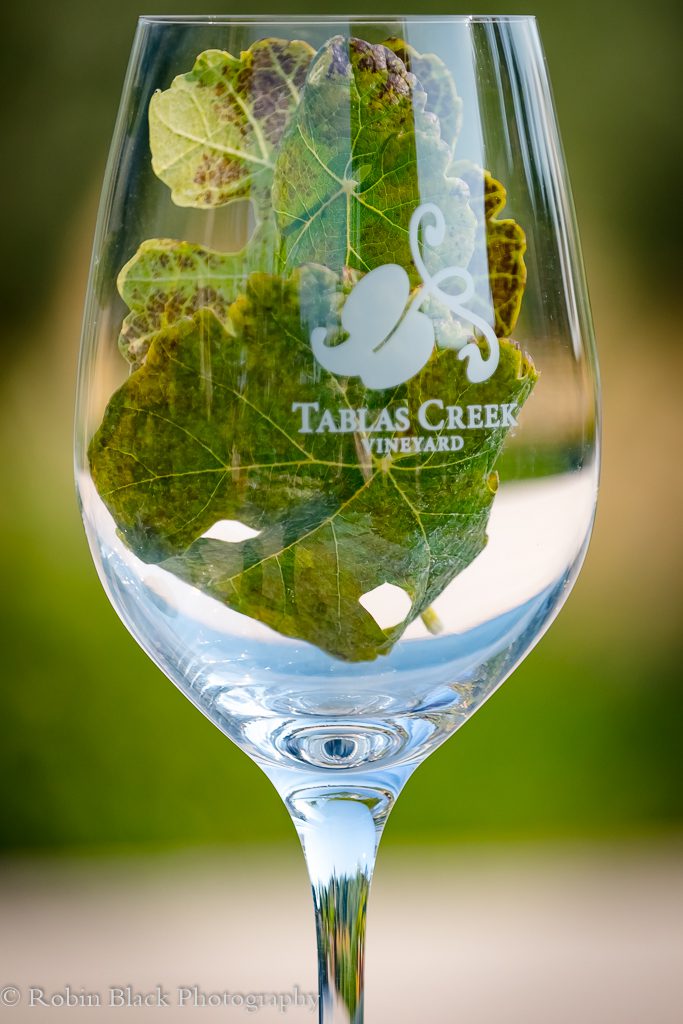 Haas and Tablas Creek probably have more to do with my becoming an evangelically devoted Rhônehead than any other experience I’ve had with wine–an experience that is surely true for legions of other oenophiles who’ve made their way to the Tablas Creek tasting room.  I had turned my nose up at Rhônes for years, preferring the predictable comfort of the Bordeaux varieties I tasted my way through in the early 2000s in Sonoma County.  I found Syrah, especially, too harsh and funky and often just plain weird.  When my husband suggested we check out Tablas Creek a decade ago, it was specifically because of all those Rhône varieties that neither of us had really gotten to know well before.

I’ll save the extended exegesis on what a mind-opening, palate-expanding experience those wines were for me, but they have been critically important in the development of my wine knowledge and preferences.

Over on my documentary website (which I promise I will update soon, because I have a huge backlog of really amazing things to share from Tablas, with much more to come), you can read a quick history of how Haas decided to import Rhône vines from France, patiently waited through the long quarantine period, and ultimately decided to share those vines with other growers.

That decision is part of what cemented his place as an icon in the wine world, and especially in introducing American-grown Rhône wines to American audiences.

Rhône varieties were not that prevalent in California before Haas planted his Tablas Creek vineyard with them, and the clones that were being grown were often not the best quality.  Haas was now making available for anyone else who wanted to purchase them the very best vinestock from Chateauneuf-du-Pape.  As a result, hundreds of acres in California are now planted to the Tablas clones.  That’s quite a legacy.

But that’s not the only thing Haas did that captured my interest.

From the very first time I visited, I began learning about Haas’ commitment to caring for the land.  Tablas’ tasting room staff are some of the best-informed and most passionate you’ll find; they understand and are happy to enthusiastically educate visitors on their approach to growing wine grapes—organically, and as of a few months ago, officially certified biodynamically. They care for the land on which their grapes are grown, and it just shines through when you see this up close.

Sustainability is something of great importance to me, and it’s one of the first things that really resonated with me about Tablas (besides the delicious wines).  While I could (and just may, as the end result of my project) write a book on all the things involved in such an approach in a vineyard, you don’t really need to know all that detail to appreciate Haas’ dedication to sustainable practices.  It’s there in the sheep herd and the dry-farmed, head-trained vineyard blocks; it’s there in the wild-caught beehives that dot the vineyard; and it’s there in the great care and love those who work that land have for it.

I’ve now spent many mornings all by myself in that vineyard as the sun rose.  That’s my favorite time to observe any landscape, watching it come alive as the dawn first touches here, then there, before bathing the entire scene in soft morning light.  My favorite spot to do so is at the top of a hill behind the winery, under an old oak tree with an owl box, and a big block of Grenache vines spreading out before me.  I always spend a few minutes thinking about how this place must have looked when Haas first saw it—a 120-acre parcel carved out of the dense tangle of chaparral and scrub oak and rolling green hills of west Paso.

What a vision that must have been, and what vision it must have taken to dream of what now stands there.