Editor’s Note: There’s a reason I’ve chosen the Russells to be my first (of many, many) winemaker profiles, and it’s purely personal.  Their winery, Rabbit Ridge, was the first place I ever went wine tasting back in 2002.  They were still headquartered in Healdsburg in Sonoma County, and were the first of many wineries I would eventually explore along the region’s storied River Road.  I walked in a complete neophyte, and walked out with a new passion and a case of Erich Russell’s Nebbiolo.  While wandering the Paso Robles wine country a few years ago, I spotted a familiar sign with a familiar bunny logo–and that was the first I realized they’d completely relocated to Paso.  I stopped (I HAD to stop!), reacquainted myself with their wines and have enjoyed getting to know the Russells over the ensuing years.  And this is their story.

Erich and Joanne Russell first met at a wine industry gathering at Walt Disney World in Florida in 1996.  And something clicked.  They hit it off, talking well into late hours over (of course) wine.  Joanne lived in Florida, and Erich returned to his home in California.  When he called a few weeks later to ask her on a formal date, his first question was “Do you have a passport?”

And that deeply romantic question led to an extended first date–a trip to Cannes, France–and a love story still being lived out in the rolling hills of Paso Robles.  “I thought a trip abroad was efficient,” Erich says.  “I already liked her from that first meeting, and wanted to find out if we can still get along well in a foreign country where things can and do go wrong (luggage was lost, among other things)–I figured if we still liked each other at the end of the trip, that was a good sign.”  The date wasn’t just efficient, it was also completely romantic, and continued all the way to Paso Robles–when they returned from Cannes, they went straight to what is now the winery property (which Russell had recently purchased), where they sat, with wine, in front of an old stone fireplace watching the sun set.  They were engaged

six months later, and married not long after that.

Erich Russell got his start as a winemaker by making wine at home.  When the winemaker at Chateau St. Jean tasted Russell’s wine in a winemaking contest, he offered Russell a job in the winery’s cellar.  Russell jumped at the chance, quitting his job in San Diego to move to northern California and begin a new career in winemaking.  After stints there and at Simi winery, he founded his own winery in 1981, taking his nickname from his time as a long-distance runner at San Jose State–the “white rabbit”–and Rabbit Ridge was born.

The Sonoma County winery did very well, and Russell quickly gained recognition as an award-winning winemaker, named Connoisseur’s Guide’s Winemaker of the Year in 1998.  While Russell’s star was rising, he was also on the hunt for new land to expand his wine grape growing–and he liked what he saw in Paso Robles.

The San Marcos Road property–where the winery and tasting room are now–was his first land investment in Paso Robles, and they now own three blocks of land in the Templeton Gap area totaling around 350 acres planted to wine grapes and olive trees (5 Italian olive varietals, and they bottle their very, very good estate olive oil under Joanne’s Olive Diva label).  The purchase would prove to be life-changing for the Russells.

“The more we came down to do work on the land, the more we realized we really liked Paso Robles.”  They loved the climate, the land, and the people.  So they closed up shop in Sonoma County and made Paso their new home.

The Russells decided to spare no expense on the construction of the new winery facility in Paso Robles.  They chose Mediterranean-style architecture (you might think you’ve ended up in Tuscany when you spot their beautiful villa from the road).  Ingenuity and high tech are engineered into everything–much of the facility is built into the side of a hill; the crush pad sits 22 feet above the press area and tank room, and in turn the press area and tank room sit 22 feet above the bottling room, barrel room and tasting room.  This layout allows them to move wine throughout the facility by gravity, which saves energy and is gentler on the wine.

That careful engineering is just one aspect of Russell’s meticulous approach to winemaking–he even has a wonderful primer on using oak in winemaking that you can (and should) read here.  He treats all the wines he makes–even the one large-ish production wine he makes for sale in Trader Joe’s stores–with great care and attention to quality.  Of that delicious $5.99 miracle in a bottle–the Allure de Robles Rhone blend–Russell says “It is my hardest wine to make as an affordable everyday priced wine; it is a challenge.”  But make it he does, along with a fantastic lineup of estate wines.

You can see all the wines they produce on their website, here.  Rhone varietals dominate, but you’ll also find excellent reserve Zinfandels, Petite Sirah and Bordeaux (and a mighty fine Chardonnay).  My favorite of his wines, the Russell estate Roussane, hasn’t been produced the last few years because yields have been too low during our multi-year drought, but their white Rhone blend, Blanc de Vine, is a fine stand-in (even after the Roussane reappears!).  In a nod to their sustainable farming practices, Russell pointed out blocks of vines during a drive through the vineyards that they’ve elected to sacrifice to the drought.  There’s only so much water to go around, unfortunately.  Conditions look a bit better after this year’s closer-to-normal rains, and Russell is optimistic about the coming vintage.

If you’re in Paso Robles, you’ll find them just north of town on San Marcos Road, west of Highway 101.  The tasting room occupies the front of the same building that houses their barrel room.  You can expect a friendly and relaxed tasting experience when you stop by, and most likely have your wines poured by a member of the Russell family.  That warm and personal environment, and the beautiful wines Erich Russell makes, have had us coming back for years. 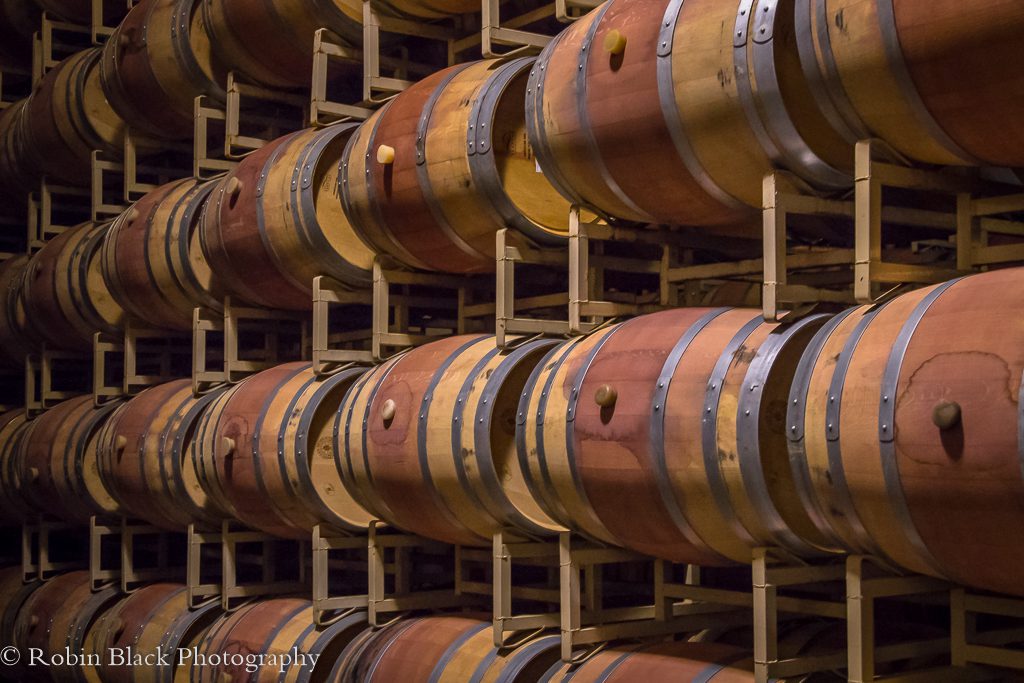 11 replies on “Meet the Russells of Rabbit Ridge Winery”

This was just great !! I think they have a Trader Joes in St. Pete. I will have Gary check it out !! Thanks Kathy. Hugs Carol

Thank you Sally. We appreciate that very much!

Erich and Joanne are a wonderful couple that have worked hard creating their successful business. This is a great article telling their story!

Thank you Bob. Love you and miss you both!

SO enjoy your wonderful writing, Robin, and this couple sound so very special. Now I really must check out their wine. But hey … we should meet up there sometime!

Thank you! (and I think that’s a GREAT idea!)

Great article! I’ve just had a few exchanges with them on Instagram where they invited me for a private tasting – hope to get to Paso and take advantage someday!

[…] Bodega de Edgar, Vinemark, and brand-spanking-new Garagiste, Serrano.  If you recall my profile of Rabbit Ridge winery, Serrano is RR’s second generation getting into the game (and their inaugural 2013 Cabernet […]

I was introduced to Rabbit Ridge/Bunny Cuvee in Highlands, N.C. I didn’t enjoy red wine as I always woke up with a terrible headache the next morning; however, with this red wine I didn’t! I bought it as long as Bryson’s there had it but had “hoarded” one bottle which I uncorked last evening! Wow! I had forgotten how much I enjoyed it. Now do you ship this red wine anywhere in Atlanta, Ga? I do go to Trader Joe’s and will go there tomorrow, Monday. I, also go to Highlands still as I have a home there. My friend is a red wine person and she thoroughly enjoyed it also. Looking forward to where I can purchase more!